Last week was absolutely nuts. There were so many people in the channel every day! Monday it started with another deep run in the $44 bounty. I love this tournament for many reasons. One of those reasons is definitely the success it has brought me. But I also have a weak spot for bounty builders. They create such an interesting dynamic and always create action. There is nothing more fun than a situation where everyone is going nuts over a huge bounty. I ended up coming 5th this time leaving me with a reasonable win for the day.

Tuesday is a PLO day. If you ever want to learn some PLO or just get to know the game I definitely recommend coming by on Tuesday. I also play some NLHE MTT’s on the side to have some running. It’s pretty cool to have a deep run and be able to switch over to that for a few hours. I’ve been playing more and more PLO cashgames too. It’s been a while since I really did and I have to say I missed it. It’s a very nice filler too for when my holdem tables get low.

Wednesday was another awesome bounty day. We had a big chance in the $109 Battle Royale. Dominating the early stages I was able to get to a $350 bounty as well as Bounty Daddy position. At the same time we went deep in the Hot $162 as that had a crazy bubble. We lost a rough one but were still able to inch inside the money. The Battle Royale was a bit of a anti-climax but we reached 2400 viewers all the same. This is pretty insane for an EU afternoon without being on a final table.

The next day there was a serverrestart on Pokerstars. That hits my schedule particularly hard. I start streaming at Noon. The restart is usually at 1pm till about 2pm. Because of this I can’t play 90% of the schedule I normally play. I really wanted to stream though so I loaded some turbo’s/hypers as well as PLO cashgames. All in all I finished about even with some pretty decent swings. 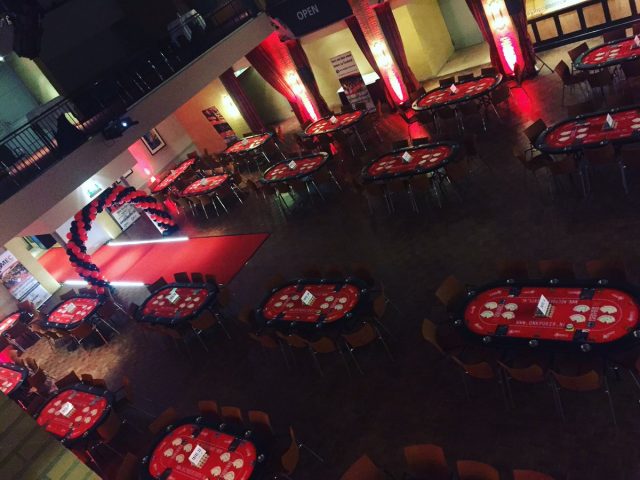 I would never never want to miss a blowup Friday, but last Friday I had a really good reason. I went and visited the kick-off of the new season of ONKP. It’s an amateur poker organisation that has 100+ preliminaries throughout the whole country with about 7k players. One of those will be crowned amateur poker champion of Holland. This is insanely cool and really important for poker. We need to keep it very easy for people to get to experience the poker world. ONKP is the perfect example for that.

So many people had their first live poker experience on Friday. The vibe in the room was amazing. Everyone was just so happy to be there and everyone was a poker fan. In professional tournaments you have people downswinging, or tired from the grind, or just a little bitter because they’ve been around for a while. Of course there is many nice and happy people too, but during amateur events everyone is happy and excited. I love streaming because I meet a lot of people that are feeling exactly this way. A professional tournament could be jealous of the venue, which made it all the more special. I’ve added some pictures to give you an example. Credits to Ruurd Nauta for the pictures. 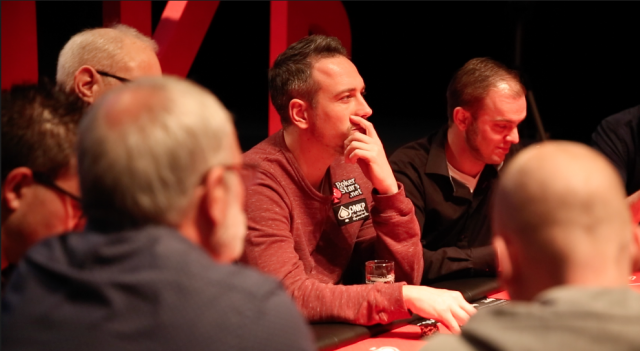 Marcel Luske, Floris van der Ven and Tonny Krijn were other ambassadors at the event. We ended up having quite a few drinks at the bar, hanging out with players. Next day was the team championship finals. A very similar day (with a little more tension and focus). Again I met so many nice people and want to thank all of you for the good times and nice things you said. If you guys want to participate in this as well, check preliminaries near you at: http://bit.ly/2gElMG2

This week you can expect 5 full streaming days, with probably some weekend days. TCOOP is kicking off and I plan to play almost all the NLHE and PLO events that start during the day for EU. Lots and lots of poker coming up. A lot of the tournaments during the day will be bounties, which is really exciting. Expect me to be online every day from noon on http://www.twitch.tv/lexveldhuis