This was by far the craziest 8 day period I’ve had on Twitch. Broke 500 subs. Broke viewer record. Broke longest stream. All during the craziness that is the Turbo Championship of Online Poker (TCOOP).

January had already been great in terms of viewers. Every day we would get up to 1500-2000 viewers pretty quickly. People were having fun, subscribing and just enjoying the community. December was a bit of an odd month out because of my dad/holidays/live tournament. In previous posts I have written about consistency and where my main focus should be; the stream. I think the new plan has been paying off. I have more energy, I’m more consistent, and the streams just last longer in general.

I’ve always promised to do a 24h stream once we get to 500 subs. At the beginning of January we had around 400. That number steadily went up after a few days of streaming. On Friday the 20th it went absolutely nuts. Starting the day at 460 subs I was hoping to make it to 500 before the end of TCOOP so I could do the 24h stream on the final Sunday. I was in for a ride. During Blowup Friday 61!!! new people subscribed to the channel to crack 500. It’s also a very 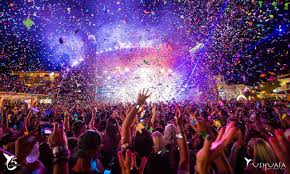 symbolic target because you get 5 new emote slots once you get here. Emotes are very important to a channel and it’s community. They are little catch phrases that are being used, or generally jokes within the communities. In January 300 people have subscribed. I have no words to describe what that feels like. It motivates me gigantically and confirms we are going in the right direction.

TCOOP was running so it was also a great time to be online a lot. The turbo format is perfect for streaming. Lots of tension during possibly very quick deep runs. Normally I don’t register the late afternoon CET tournaments because I don’t want to play at night, but with TCOOP they finish before midnight anyway. In previous WCOOP and SCOOP I had a lot of close calls. Top 30-40 finishes in big fields with 50k-100k 1st place prizes. In the daily schedule the tournament fields are a lot smaller, so I don’t get to grind these gigantic prize pools very often. I couldn’t wait to try this again and also see how much I improved. I have done quite some studying and of course, playing.

The real crazy days started near the end of TCOOP. Twitch was kind enough to put me on the frontpage for 4 hours at a time both Wednesday and Thursday before the final weekend of TCOOP. So many new people get to know your channel when you’re on the frontpage, it’s really incredible. I had about 5k viewers most of Wednesday. Friday was even more insane. We shattered the viewer record! 8400 peopl! eight thousand four hundred people.. I remember seeing people like Summit1g, CohhCarnage, Dansgaming, Lirik and seeing 4-5k+ viewers and just mesmerizing how amazing that would be. Of course it’s frontpage inflated, but the fact remains that the channel keeps growing. It’s quite a ride and every day I can’t wait to see what it’s gonna bring.

What the hell was I thinking when I committed to a 24 hour stream. Streaming is about 1.5x-2x as tiring as playing. After a 6-7 hour stream I’m exhausted. The subscribers challenged me though, and with my reputation for being able to stay awake long I couldn’t let them down. It was planned for final Sunday of TCOOP. I got up early after a good night’s sleep and decided it would be best to start in the morning. This way I wouldn’t be awake longer than necessary. Also I could start all the evening tournaments and be fresh still. At night I could play some of the smaller bounty builders and turbo’s to keep myself busy, and probably end with some games with finish it up. 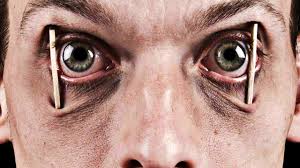 It turned out to be quite a crazy grind. The amount of tournaments on Sunday is staggering. It started out kind of like January was going. Piles of shit, with some pearls hidden in them. Earlier in the week I had won the $22 mini super tuesday for $4200. The rest of the week was pretty shit. Sunday felt similar. I had some rough patches with a lot of early bust outs, but then always a deep run would follow. I went really deep in $215 Turbo TCOOP, $109 kickoff Big $109 etc etc. all top 30 placements, but no real huge cashes. So close once again! In the end all the crazier tournaments were done at around 1 AM. That was nice as well, cause at that point I had been streaming for 15 hours.

It’s such a weird experience to stream during times like that. As a poker player I’m salty that the deep runs aren’t paying off and that TCOOP is over without clinching a nice score. I’m tired and I feel a bit empty handed. As a streamer I’m super fucking excited so many people are in the channel and everyone is supporting me, and in this case, the 24 hour stream. I don’t think I’ll ever be able to merge the 2 into one general feeling, but I also don’t think I have to. You get a close look in my life as a poker grinder. So I CAN be tilted at poker, while at the same time happy with a nice message. I think I shouldn’t overthink this too much, but it crosses my mind, especially when reflecting on the sessions. I’m an emotional guy when it comes to competition. It does something to me. It fires me up and letting stuff both good and bad out makes it not affect my play. Otherwise I would bottle shit up and it would just rage out during bad sessions. I don’t believe in being a robot when it comes to playing online. Where is the fun in that? Don’t use it as an excuse though! A lot of people say they let out emotions but it DOES affect their game.

I played poker for 22 out of the 24 hours. At the end I was just done. I actually managed to make back quite some buy-ins during the night, which was cool. Huge shoutout to all the people who stayed in the channel for hours and hours, some even for the full duration! You’re all sickos and it was a huge help to me. Special shoutout to my mods who have a huge roll in what the channel is today and who call me out on bs and help me realize what’s important. 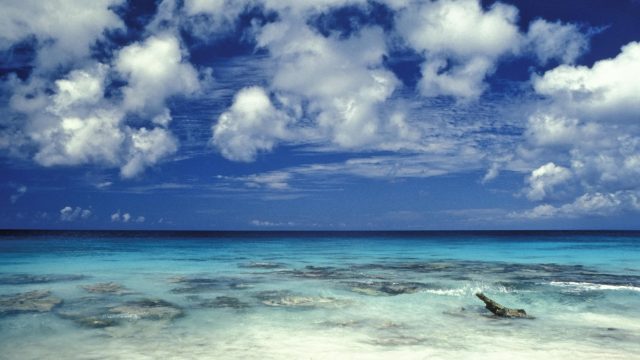 One thing I’ve learned, is that I don’t miss doing these long-ass sessions! Back to the normal grind this week. I’m gonna start on Wednesday. Obviously took today off for some down-time and tomorrow for business shit I didn’t get to during TCOOP. Wednesday I’ll be online at noon CET. Next week I’ll be in Bonaire for a week with friends from 7th till 15th of February. After that I’m not going anywhere. March, April, May etc straight streaming.

Thanks again everyone. The support has been overwhelming, especially this month.